Psyllium Husk - The What, Why, And How On This Fiber-Rich Ingredient Are you getting enough fiber in your diet? According to the USDA, the recommended daily fiber intake is 28 grams for adults, but only 5% of Americans reach that goal.

How can you increase your fiber intake? By including more fiber-rich foods such as fruits, vegetables, whole grains, legumes, and supplements like psyllium husk

Psyllium fiber offers a solution to help bridge the fiber gap in our diets and provides multiple health benefits when taken daily.

Below are all your questions on psyllium husk answered!

What is Psyllium Husk?

Each plant can produce up to 15,000 tiny, gel-coated seeds with highly concentrated fiber, from which psyllium husk is derived.

This psyllium fiber comprises mostly soluble types of fiber and is a gel-forming fiber that doesn't ferment. It is a non-digestible carbohydrate that can provide several health benefits.

Soluble fibers pass through the small intestines without being broken down, absorbed, or fermented. Instead, it absorbs water, and thanks to its water solubility, psyllium husk becomes a thick compound that resists digestion, offering many health benefits.

Psyllium is available in many dietary forms, including ground, whole, husk, granules, and capsules.

Psyllium husk is classified as a seed, so it contains no gluten in its natural state and is naturally gluten-free. However, sometimes wheat flour will be added as a binding agent to the psyllium, so always check the ingredients to be 100% sure.

Psyllium husk is also safe to consume for people with celiac disease. 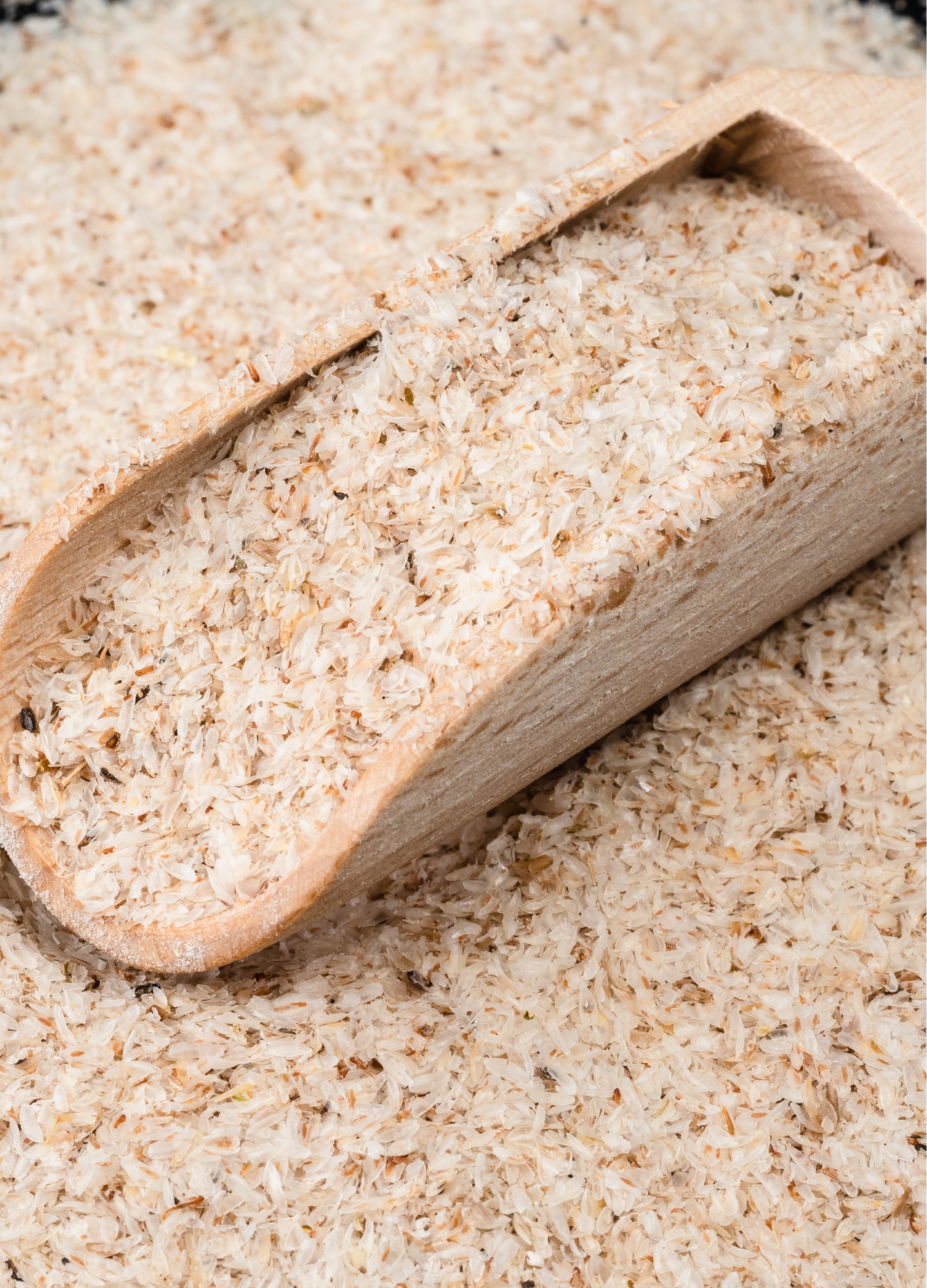 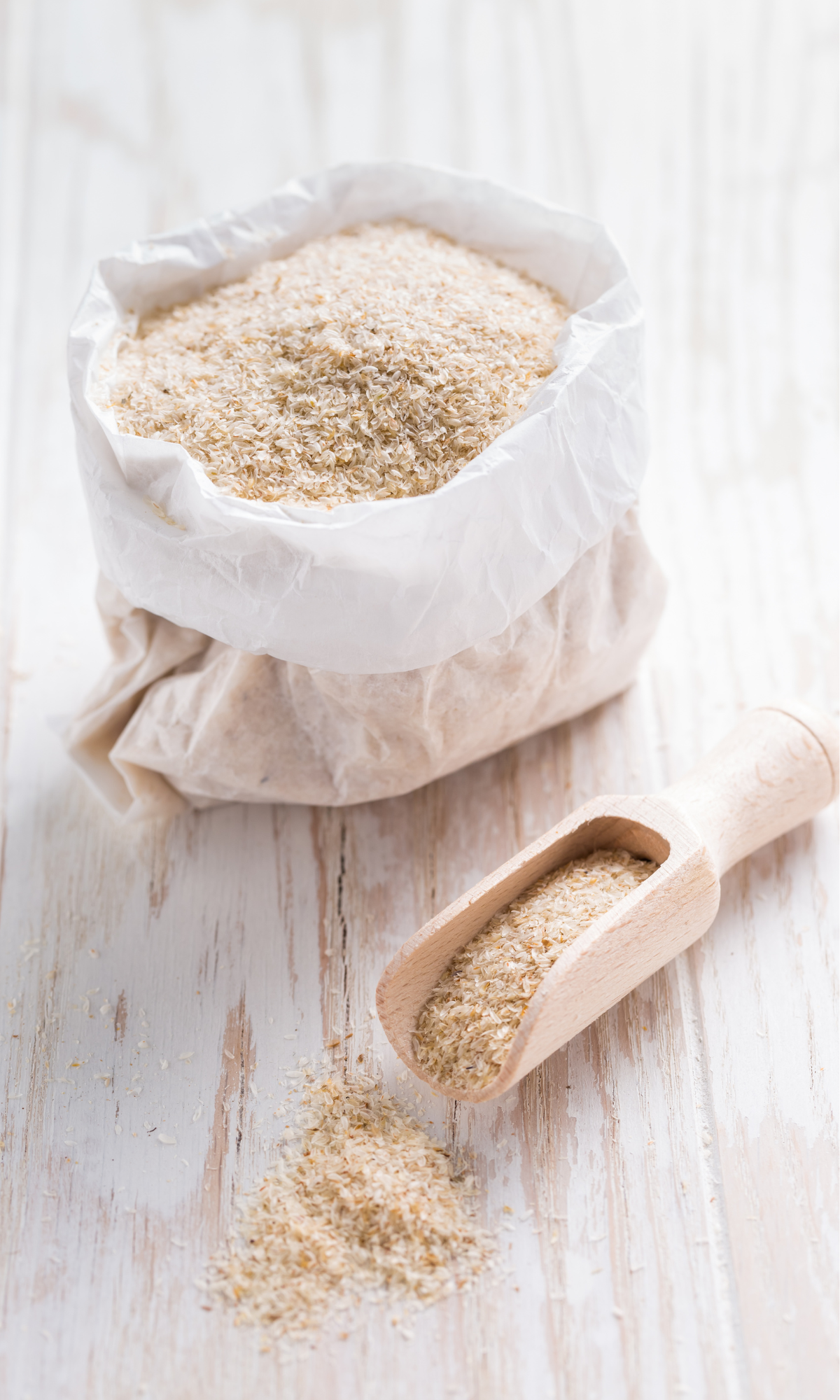 Thanks to its ability to retain water in the intestines, psyllium can soften your stool and change the colon environment, making it easier for your body to remove and trap waste in the digestive tract. Thus, increasing soluble fiber, like psyllium, encourages regular bowel movements and improves constipation.

In addition to relieving constipation, a 2019 study also found psyllium husk benefits the gut microbiome — an essential ecosystem of bacteria inside the colon.

As the sugars and carbohydrates from your food mix with the psyllium gel, it slows the entry of glucose and absorption, helping to regulate blood sugar levels.

Some research also suggests that those consuming soluble fiber such as psyllium may reduce their chances of developing type 2 diabetes.

And for individuals that already have type 2 diabetes, adding psyllium daily to their diet can lower their fasting blood glucose concentration and glycosylated hemoglobin percentage.

Eating 5–10 grams of soluble fiber daily, can lower your total cholesterol and LDL cholesterol by between five and 11 points.

Psyllium fiber helps trap bile and the cholesterol it contains inside the digestive tract, preventing it from being reabsorbed into the bloodstream. It then gets removed from the body as waste, helping to lower cholesterol levels and promoting heart health.

Several more studies have looked at psyllium's cholesterol-lowering effects, including:

A 2010 study found that participants lost an average of 3 kg over 6 months when they had 3.5 g servings of psyllium husk twice daily.

Psyllium's water solubility affects the time it takes for food to travel through the digestive system, enhancing the feeling of fullness and keeping you fuller for longer.

This can help curb hunger between meals, reducing your desire to eat and leading to healthy weight loss. 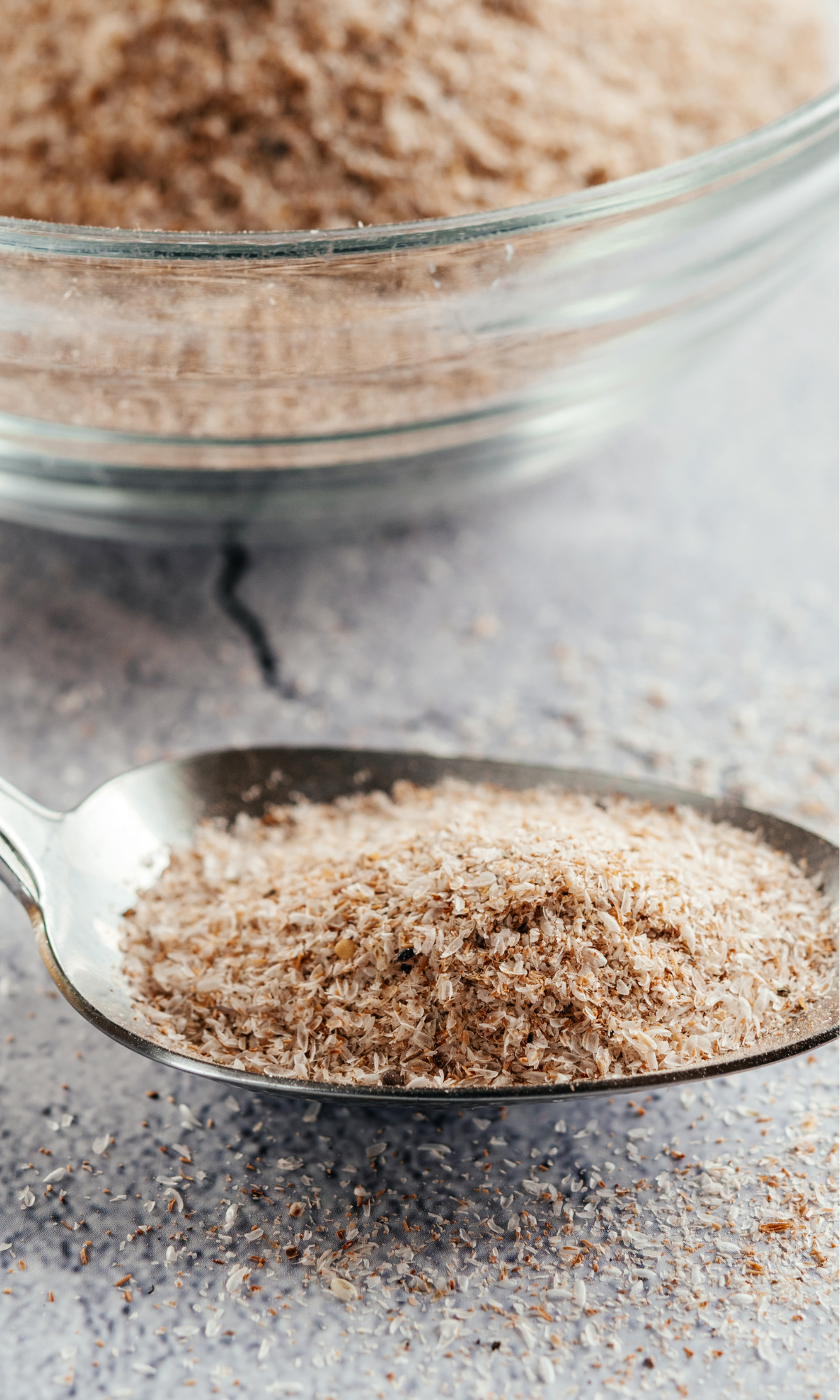 How To Use Psyllium In My Diet?

Incorporate psyllium fiber into your diet that makes sense for you and your lifestyle. Powders can be mixed into drinks or smoothies, capsules & packets are perfect on the go, and whole or ground psyllium can be used in baking recipes for increased fiber intake.

Psyllium fiber should be slowly introduced into your diet to give your body time to adjust to the increased fiber intake.

Taking too much psyllium suddenly or in excess will most likely cause:

Drinking enough water when taking psyllium supplements or adding it to your diet is crucial, or these above symptoms are even more likely to occur.

Can I Use Psyllium Husk For Baking?

Psyllium husk is the golden ingredient in gluten-free bread baking. Here is why:

It is also best to use psyllium husk in gel form to decrease waiting times. Use at least a 10:1 water: psyllium ratio in weight. I.e., Mix 10g of psyllium husk with 100g of water to make the gel. Not enough water will make the gel too stiff to incorporate into the dough.

For optimal dough and final results, use about 5-7g of psyllium husk per 100g of whichever gluten-free flour mix you use.

GET THE RECIPE HERE 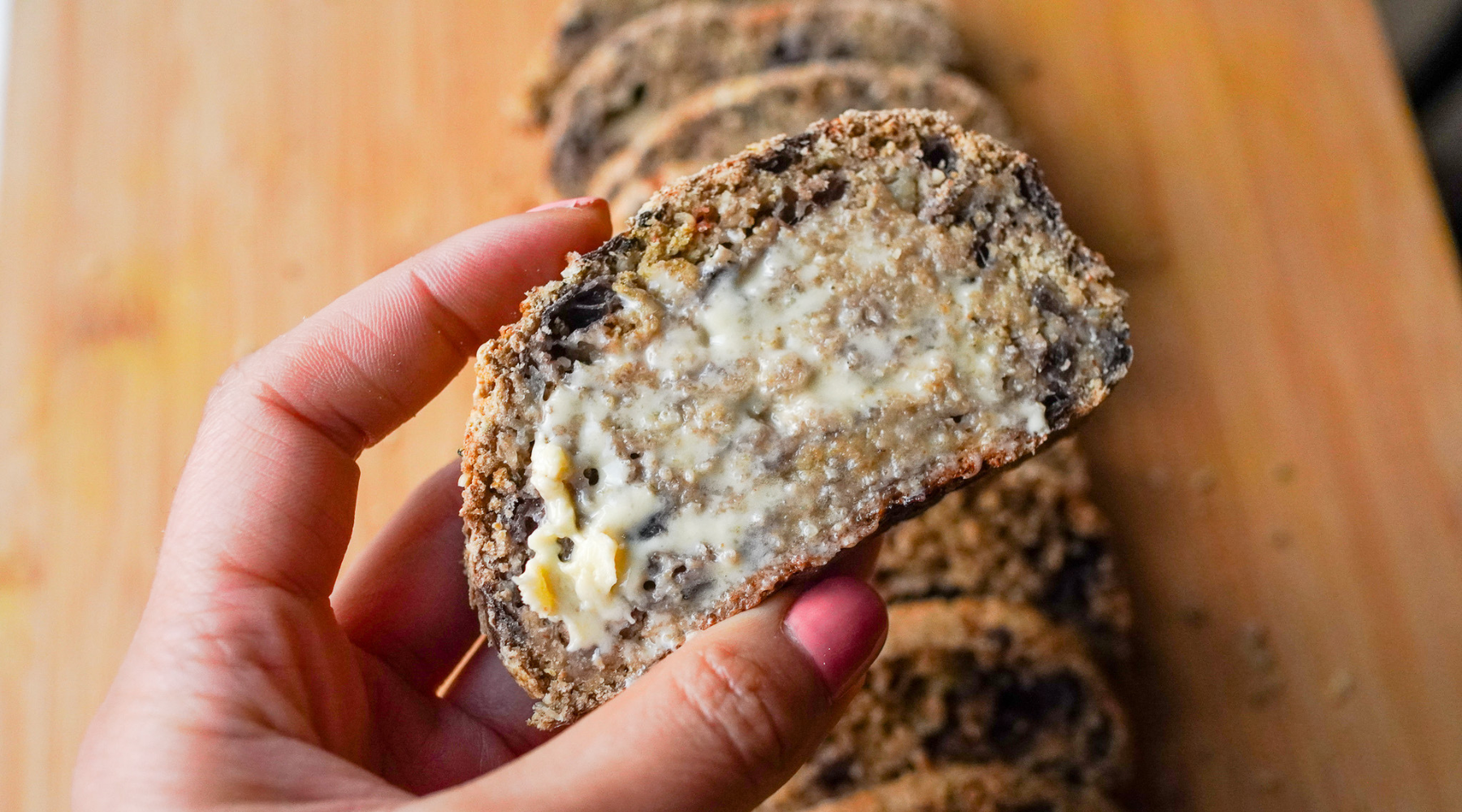 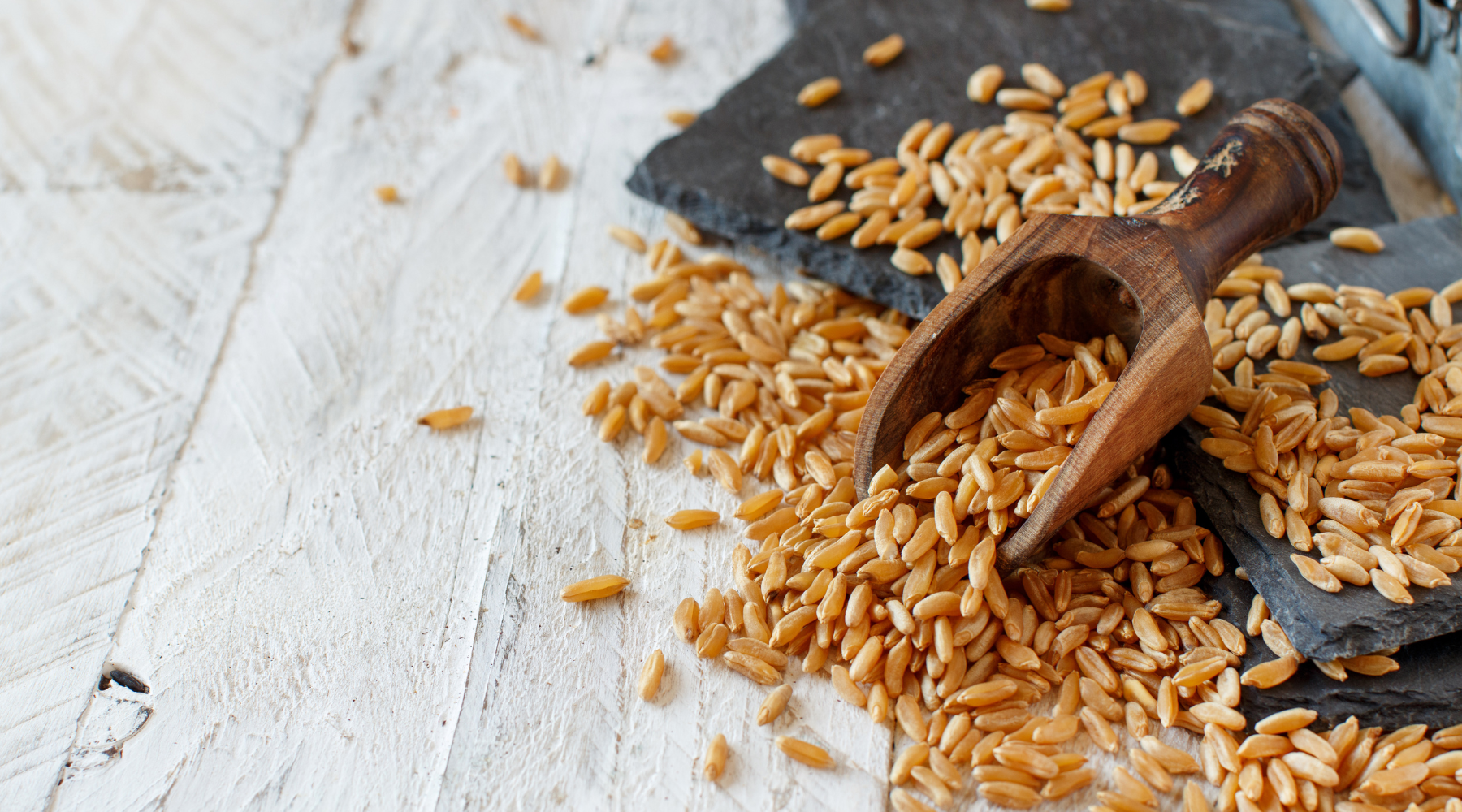 KAMUT - WHY YOU NEED THIS ANCIENT GRAIN ON YOUR PLATE 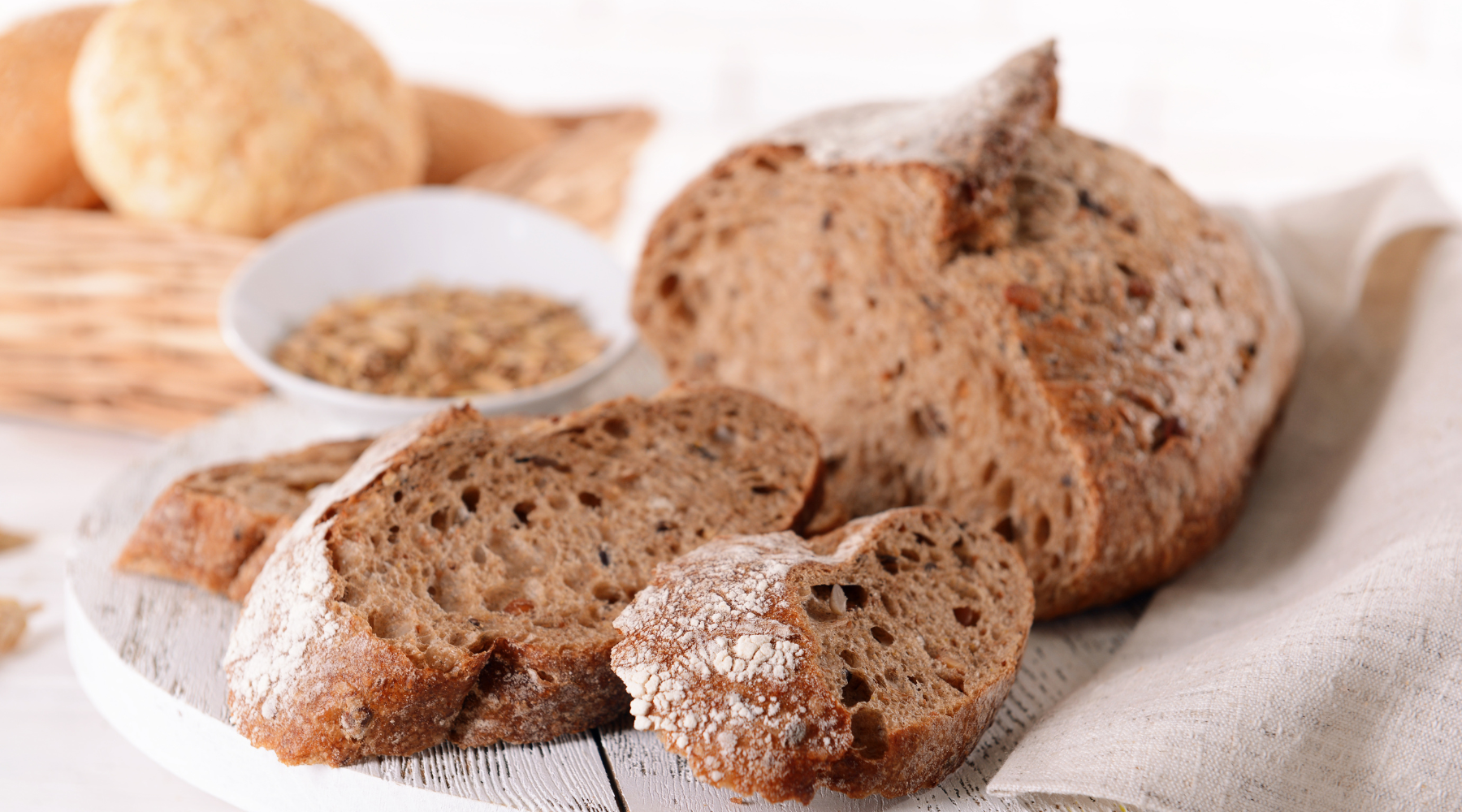